Without doubt he is a great leader. He built up Singapore when Singapore had no natural resources at all.

I have read many books on him especially the book below since I love to analyse the mind of great political leaders. I must have read the book at least 5 times since I find it the best account. 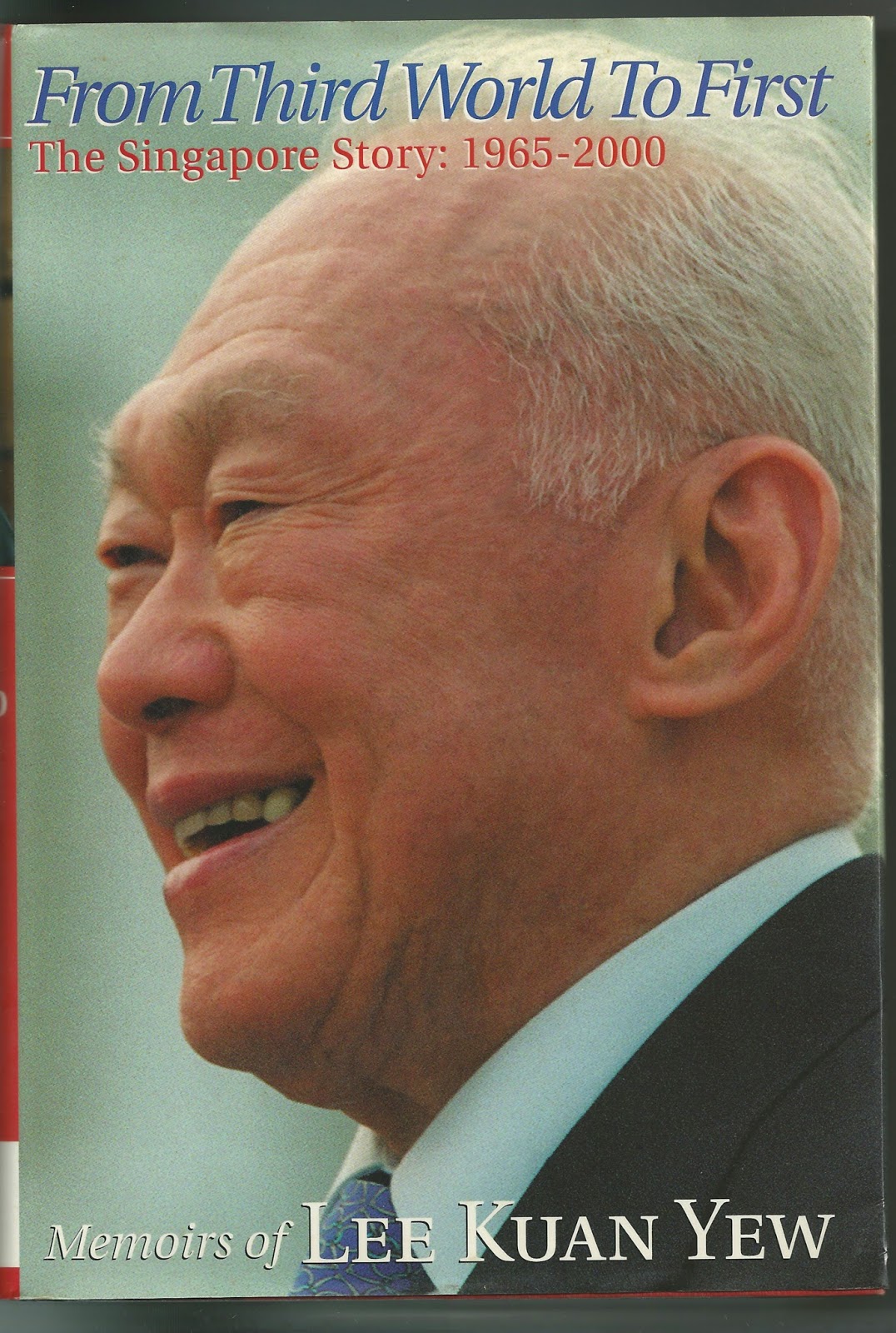 He is indeed the father of Singapore's birth as a successful Nation State. I respect his intellect, knowledge of society and history which he exhibits in his speech and writings - a quality many leaders lack. He had a vision and I believe he achieved more than his vision for Singapore.

He also had the leadership and firmness to do what is necessary for Singapore rather than what is populist.

In short, I believe his life was useful to Singapore and probably to many others. I wish him rest in peace and my condolences to his family and Singapore.

Even at time of grieve, Singapore is efficient where the Prime Minister's announcement of Mr Lee's passing away is done in three languages - beginning in the Malay language. HOw not to respect Singapore?

Slaves of Men in the name of God

This is nothing new. All through the history of humankind, there are many who are willing to become slaves of men in the name of God.

A belief in God is supposed to give a sense of confidence in existence, a sense of being free from the tyranny of men, a sense of gratitude for life and a sense of being good. These are some of the values and aspirations of most religions. It is equally supposed to bring inner peace to humans through the special and personal relationship with their creator/God.

In the realm of faith however, logic and rational thinking often takes a back seat as opposed to the mysterious "heart". Hence, not every conduct that is carried out in the name of religion can be explained logically. Emotions tend to be stronger than rational or scientific thought and therefore the need for proof is often dispensed with. It is almost impossible to debate with emotions.

Slavery can take many forms. One of the highest level of slavery to me is when a person gives up his thinking and his right to mould his life to someone else or a group of others.  This often happens in religion.

All forms of conduct and living which in a civilised society may be considered as primarily a private matter becomes the subject of control in a religious society . Most of these restrictions on speech, dressing, diet, thought, general behaviour and socialisation are often determined exclusively by a few men in the name of God for the vast ignorant majority.

These few elitist men, often portrayed as knowledgable due to their attendance at certain universities or mastery of certain information and language are held in high regard almost to the level of a god when it comes to the force with which thier views are expected to be complied with.

Often any dissent against the views of these select elitist religious groups are met with a finality of punishment including the cruel method of social and legal ostracisation.  Increasingly, due to fear of being ostracised and the unpleasant repercussions that may follow, these elitist group solidify their position as controllers of human behaviour in the name of God. People relent because they want to get on with their lives not realising that they have become slaves to a few human masters.

The position of the elitist groups as the only spokesman for all things Godly often begins with the indoctrination of children - either at home or in schools. These children are taught that there are certain "knowledgable religious persons" whose views are never to be questioned.  These children also are taught that in matters of religion, many things can be imposed or forced upon them without the need for explanation or acceptance.

It has the power to make slaves of men to other men who speak in the name of God.

How we destroy local businesses.

i can never understand how the minds of those in authority work.

One would think that authorities will seek out talents and skills and create an environment to enable them to prosper in the economy.  Laws will be enacted to enable the entrepreneurs to be more effective and the consumers protected while safeguarding other national interests. Good business is good for the country.

But we seem to do the exact opposite with the available technology and the desk knowledge that our "brains" in the authorities have studied in the universities.

Singapore is a financial hub and we are not. That is not a surprise.

Bank Negara and the latest Money Services Business Act seems  more to curb and diminish the efficiency of money changers rather than use them to develop a vibrant financial market. Everyone knows that money changers are experts and efficient in efficiently performing exchange transactions. Some of them are able to remit currencies faster than any bank. They have been around longer than even bank negara whose officers had to go to university to understand what curency exchange and remittance is !!!

Prior to the MSB Act, quite a number of money changers have been chatged for remittance without licence. Instead of studying how they are able to do it, we clamp down on them on the pretext of money laundering. No one is denying that there may have been instances of money laundering but the solution is not to "burn the kelambu because of the nyamuk!"

Thanks to the MSB Act and bank negara's failure to understand the  practicalities of doing business, many money changers have gone out of business because they do not know how to put on tht neck tie and use the complex online forms that BNM insists must be filled up.

The MSB Act itself is a joke to the point of being oppressive when one considers the overbearing punishments contained in it. Even efficient Sinagpore does not have punishments like RM5 million for a simple offence!

The cost of doing businessfor money changers have gone up and it can be foreseen that in the long run, the small money changers may be a distant past taken over by bigger boys - this is called progress! The fact that even thier association is controlled by BNM is another joke in a democracy.

On another note, the forceful implementation of the GST against small traders who are not IT savvy is yet another cruel joke. We are very busy with enforcement until we forget completely about assisting the traders to understand the new technology. It is a "I don't care attitude".

If this is the way forward, we are going to kill our small businesses which are the fundamentals of our economy.