Women are inferior to Men ?

Very often we hear that women are actually inferior to men in many ways. They are the "weaker sex", they are impure to the extent that they cause men to "fall from grace" and their rightful task is to be a homemaker.

Today women are oppressed in almost every way - as a human being, as a worker, as a sexual object and so on. Many put this phenomenon down to the assumed "fact" that even in primitive times, women were oppressed. Is this really so?

If you are interested in the issue of whether "womens' inferiority is a myth or a fact, you may want to read further here. 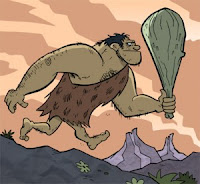 Image thanks to here. 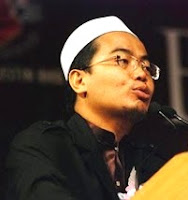 
1.       1. I wish to comment on this issue to fulfill my academic responsibility and the duty of being transparent with the true facts that are within my personal knowledge. It is not intended to be subjudice but rather an explanation of academic facts and circumstances of which I was a part.
2.       2. I attended the 92nd National Fatwa Council in Melaka recently.  It was clear to me that not all the members had agreed to state definitively that non-Muslims be prevented from practicing as syarie lawyers. Hence, the announcement that the National Fatwa Council had reached a unanimous decision in this matter is untrue.  What transpired was that some of the Council members, including myself, wanted the matter to be studied in detail in accordance with the injunctions in the Al-Quran and Al-Sunnah. It was a premature decision. I had also wanted the paper to be studied at the State Fatwa levels. The paper that was prepared by the JAKIM’s Syariah Research Panel was found to be wanting and lacking in relevant support from the al-Quran dan al-Sunnah. The support or Quranic evidence that was cited in the paper is not directly relevant to the issues under discussion.
3.       3. JAKIM Panel’s paper merely focused on verses that relate to walayah (leadership) that prohibits a Muslim from appointing a non-Muslim as their guardian or helper in their affairs while some of the members and myself are of the view that the matter relates to wakalah (representative), not walayah (leadership).
4.       4. If the walayah (leadership) verses are used in this instance, then there will chaos in the administration of the Nation in Malaysia. Such Talibanistic and extremist thinking should never be allowed to develop in Malaysia. It will give rise to challenging the validity of appointments such as the Minister, the Chief Secretary of Ministries, the various Department Directors who manage Muslims. Surely chaos will ensue.  It is critical to understand that such chaos will start from “small matters” such as the issue of wakalah (representation) of Non Muslims to be the lawyers for Muslims.
5.       5. In fact, according to the Al-Shafie school (which is the official school of thought in Malaysia), in Kitab Mughni al-Muhtaj, al-Imam al-Sharbini, the renowned ulama who is a constant source of reference, is of the view that a male Muslim can be represented by  a Non-Muslim to handle the divorce of his Muslim wife.  Such views are also held by other ulamas such as al-Dasuqi from the Maliki school and Ibnu Qudamah from the Hanbali school. The Hanafi ulamas are more liberal in this matter. This is the true views of the “jumhur ulama” (majority) in this matter. Only the Shia school does not permit such representation.
6.       6. The issue of legal representation is a worldy matter between human beings. Islamic views on wordly matters between humans is wider and open because it does not concern matters of faith and worship. Hence, Ibnu Qudamah in the al-Mughni is of the view that ‘Ammah Ahli al-‘Ilm (all the ulamas) say that Non-Muslims can represent Muslims on matters between human beings except in certain matters that concern wasiat and wakaf. Such matter should be scrutinized.
7.       7. The laws of Egypt permit Non-Muslim lawyers to represent Muslims in their Courts. Certainly, the ulamas in Egypt have considered the views of the ulamas earlier mentioned in the interest of peaceful co-existence between Muslims and Non-Muslims.
8.       8. At one time, Malaysia was rocked with the unfortunate tussle over the deceased bodies of persons whose “Islamic status” was in dispute in the civil and the Shariah Courts. AT that time, there were voices that permitted non-Muslims who claim that their deceased relatives belonged to their original religion to seek redress in the Shariah Courts. It was a sigh of relief to note the openness that allowed the Non-Muslim to seek justice in the Shariah Courts. Such openness should be encouraged..
9.       9. Islamic shariah offers justice to everyone. It is the beauty of Islam that it offers mercy to everyone which is not the monopoly of any particular group. Did the Prophet Muhammad not mortgage his shield to a Jew? Didn’t Ali Bin ABi Talib argue his case in the Court against a Jew on the matter of his shield? The Jew was allowed to argue his case in the Islamic Court where Ali Bin Abi Talib lost his case. Is this not a from of legal process and defence in the Islamic Courts that recognizes everyone’s rights?
10   10. Hence, there is not a single clear authority that prohibits a non-Muslim lawyer from advocating the rights of a Muslim or a non-Muslim in an Islamic Court. All the conjectures and assumptions that there will be adverse effects is a result of prejudice and the attitude of oppressing non- Muslims.
1    11. The assumption that action cannot be taken against the non-muslim syarie lawyer in the event of contempt of court is a technical matter that can be easily resolved by legislation or by making it as a pre-condition of the practicing licence or the contempt proceedings may be transferred to a civil court.
1   12. If an existing system denies justice, then one should refer to true Islam which offers justice to all. Islam is never wrong! The error lies in the human interpretation that does not want to understand or share Allah’s mercy of justice for all human beings.
Sekian.
Dr Juanda Jaya
20 Disember 2010
Kuching, Sarawak.
---------------------------------------------------------------------------------------------
1.       Dr Juanda Jaya is the Mufti of Perlis, a member of the National Fatwa Council  and was a visiting fellow at  Oxford University.
Posted by Jahamy at 10:13:00 PM 5 comments: