Rethinking the myth of “consensus of the majority” - Part 2 : Politics and Democracy

Rethinking the myth of “consensus of the majority” - Part 3: Religion
Posted by Jahamy at 9:36:00 PM No comments:

Rethinking the myth of “consensus of the majority” - 1

Image thanks to here.

At the very outset, I would like to state this – consensus has its relevance and role. Now my thoughts on the subject:
Is the so called consensus real and founded on sound knowledge?
We like to think that one of the marks of a civilized society is the ability to reach consensus on important issues affecting society. In fact, consensus has today become as normal and unconscious as breathing in many important aspects of our life. Consensus indicates agreement in the judgment or opinion reached by a group as a whole.  The masses then adjust and manage their lives within the framework of consensus that has been presented to them – unthinkingly.
In almost every aspect of our lives – corporate, family, politics, religion, etc – consensus determines and controls our perspective of things.
It is generally accepted that consensus is vital for life to progress and the opposite of it will be chaos. If you belong to any social unit, you are expected to adhere to consensus; otherwise you will be ostracized as a trouble maker. The mindset of consensus is so ingrained in most of us that we are unable to see its clear and present dangers.
Consensus is also equated with “decision of the majority”. We have been brought up to think that decisions made by the majority are always good for all of us. We therefore must “respect” or adhere to the norms of the majority. Minority views are suppressed, not given any thought or even ridiculed.
I can understand the usefulness of consensus to achieve certain objectives in society. However, I will not extol it to be the “high virtue” that many seem to have unthinkingly accepted. Consensus is only useful when you understand its consequences and limitations. It appears to me that preference for consensus alone (to the exclusion of differing views) is indicative of the human being’s failure to rise from mental primitiveness.
Consensus, as practiced in our lives universally, has created more problems than benefits. My informal study of human history seems to suggest that consensus has been a major tool of oppression of the masses, reformers and intellectuals causing untold confusion, misery and cruelties.  Shocked at this proposition? Let me explain.
I view the unthinking obsession with consensus as people’s readiness to surrender their lives to a very small elitist group in their society. Most people actually live their life allowing it to be shaped by unseen human hands under the convenient tool called “consensus”.
I must confess that I began analysing the usefulness of consensus when I was compelled to think of the following verse from the Quran, some 15 years back:
“And if you obey most of those in the earth, they will lead you astray from Allah's way; they follow but conjecture and they only lie”. (Quran 6:116)
The above verse seems to suggest that majority views are often a result of conjectures (assumptions/guesswork) and untruths/lies/unfounded premises. I suppose this makes sense as any fact or truth is independent of the numbers who believe in it. As we often hear, a lie repeated a million times is still a lie and a truth of one is still the truth.
Since the Quran seems to suggest that majority views are a result of conjectures, it is therefore incumbent upon the thinking person to verify, ascertain and evaluate the views, norms or anything that he hears or experiences (see Quran 17:36).
In this paper, I shall attempt to analyse various aspects of our lives that have been wrecked by the myth of consensus and the untold misery and injustices that has unfolded.
Politics and Democracy
Democracy we say is the government of the people, by the people for the people. It is, we boast, a system that allows the people to form a government and run it by consensus. We say it is a majority rule government. Does that “majority” include you and me and the 15 year old child who does not know where to get the money to go to school?
To be continued in Part 2.
Peace !
Posted by Jahamy at 8:59:00 PM No comments:

Some people want to be controversial even though the subject matter of their controversy is puerile, insulting to the mind or simply idiotic. They do it because they have a ready made audience which is equally puerile, weak minded or simply ignorant. Through the controversy that they create they become heroes of some sort to the weak minded crowd, especially if such a crowd is actually big.

The sane, intelligent ones will either have to count their blessings that they are not weak minded or pray and hope that hero will soon be exposed for the charlatan that he or she is.
True reformers are difficult (not impossible) to have a significant impact on a society that is blind to many things, especially the rotten aspects of their society. It is a major challenge to invite a society  that has a blinkered view of life to see beyond the horizon. It is challenging to make a slave realise his slavery until he himself is prepared to think out the circumstances he is in and understand the alternatives available.


However, the sad fact is: people often get the leaders in society that they deserve. Generally, if the society is made up of members who do not have high self esteem, they will end up having rogue leaders who will manipulate their weaknesses. If the members have deliberately kept their minds in cold storage, then charlatans will be held up being clever. As the saying goes, in the land of the blind, the one-eyed person is king!
Nature works in such a way that a good tree will not come forth from a bad seed. It is pointless trimming the tree, putting manure, watering it if the seed is rotten. Trimming, watering, putting manure, etc makes us all very busy and gives us the illusion of doing something to improve the tree. It will not work. The tree will forever be a source of problem. Obviously, many heroes often rise from this mindless, futile effort of endless ad hoc problem solving activity. Through time, many become blind to the real, fundamental problem - the bad seed.
It is mind-boggling when you think of the problems that can branch out from a bad tree and the ad hoc solutions it will entail.
The tree from the bad seed has to be uprooted for a good tree to grow. This is problem solving at the fundamental level.
However, many will prefer the bad tree to stay. They are more concerned with the trimming, putting water, manure, etc opportunities that a bad tree provides. If the tree is uprooted, their role and hence their importance (and economic opportunities) becomes equally extinct.
Much boasted reforms unfortunately are confined to maintaining the bad tree rather than reforming the tree itself.  Planting a new seed appears to have escaped many people's minds.
However, to reform the tree itself, the people must be prepared to recognize the bad tree for what it is and have the knowledge of what a good or a bad seed can produce. For this, they need to - think !
Having thought, they would then need the courage, the persistence and the sincerity to have the bad tree uprooted and to plant the good seed.

Are You A Child, An Adult, or a Mentally Retarded Adult by Choice (MRAC)? 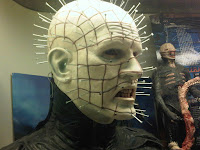