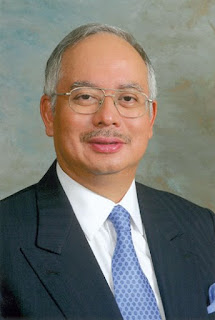 On 4th July, for the first time in Malaysia, an ex Prime Minister was charged.


Najib, 64, was charged with misusing his position as a government official to receive a RM42mil bribe as inducement to provide a sovereign guarantee on behalf of the Malaysian Government for a loan of RM4bil from the pension fund Kumpulan Wang Persaraan (KWAP) to SRC International Sdn Bhd.
He also faces three other charges of criminal breach of trust (CBT) in his capacity as Prime Minister, Finance Minister and Advisor Emeritus of SRC International, in which he was entrusted with the RM4bil.
Read more at Star online


Whenever a politician is charged or involved in a case, it is bound to attract attention and become sensational. We must not, however, forget that rule of law is paramount for a Nation in the long run.

I have written many times before that we must always allow the court process to take its due course regardless of who is being charged.  In our legal system, the accused is innocent until proven guilty.  Hence, the media and the rest should respect this principle of law.

As a lawyer I have seen many times, those who flaunt this principle end up having themselves or someone they know become a victim in the future. So the Rakyat should safeguard this principle.

Since Najib is innocent until proven guilty, he ought to be given the respect that is due to him as an ex Prime Minister.

I have confidence in our judicial system. Now is no longer and should not be politics but the administration of justice.