You know what has annoyed and saddened me all my life???

Actually many things and I think many of these things are not my doing....

1) When I was a kid, I looked up to adults because they seemed confident, knowledgeable and always spoke with authority. Whenever I asked questions or disagreed with them, I would be considered either as "rude" or 'speaking back".

But as I grow up, I realised that many of them are ignorant and pretending to know life when actually they too are trying to figure out what life is all about. Of course later I knew that most people do not think nor have the willingness to think....but certainly there is no reason to be dishonest with kids and worse to impose your unchecked, unverified beliefs on to them.

2) When I lost a class mate of mine in Form 5 in an accident, it really dawned upon me that we will for a certainty die one day. Life on earth will be meaningless if we do not make full use of it for the betterment of ourselves, our families, our friends, our society and our world.

Since we are all going to die, it makes sense to make this life as liveable as possible for all of us. Meaning - do not  make life too complicated. But it annoys me that we have made life so unnecessarily complicated due to various labels - culture, religion, protocol, ethnicity, economics, politics and so and so on.


3) It annoys me that some people make it their purpose in life to divide people according to religion and race. In fact they make money from this ignoble puropose. What is even more annoying is that they do this division of human beings by anointing themselves with fanciful and honourable titles and honorifics. .

It annoys me that some people have seminars, forums and even write so called "academic papers" to further dvide human beings. The heights of annoyance is when they speak in the name of God to divide people and make other people's lives as miserable as possible.

4) It annoys me that the masses allow their lives to be determined by the elitist few and keep honouring the masters who treat them and their children as slaves and tools for their own glory and power. It annoys me that masses live an automated life defined by the system which they did not create.

5) It annoys me that the masses do not want to support true reformers in society and recognise true thinkers.

6) It annoys me that powerful evil will get more powerful because they have all the resources to perpetuate their power.

8) It annoys me that some men have the audacity to speak in the name of God and are brave to impose on you when they either have the power of authority or the power of violence.

9) It annoys me that the thinking ordinary masses do not translate their annoyance into something collectively useful to make our system better so that we can live better and happier.

PAS -DAP Crisis is good for DAP and the Country

Maybe I am going overboard calling the PAS-DAP "quarrels" as a crisis. Whatever it is, I think it it good for the political maturing in the country, good for DAP to evolve further into a truly Malaysian political party and good for some PAS members to rethink about PAS.

I think every political analyst knows that PAS will not last long in Pakatan. The political ideology of PAS and DAP, two main components of Pakatan is completely at variance. PAS stands for a theological ideology using the brand of "Islam" while DAP stands for secularism and a "Malaysian Malaysia"

The so-called coalition of Pakatan is nothing more than a marriage of convenience. I knew there was something amiss when PAS came out with their "Welfare State" trying to subtly get away from their decades of cry of "Islamic State" which, no thanks to IS, has become a bad word today.

It should be clear as daylight to any Malaysian citizen that PAS brand of politics is by its very nature is exclusive - it excludes non-Muslims (do you know of any non-Muslim party member?) and excludes many Muslims (if not, why Muslims in UMNO or elsewhere never joined it?).

Hence, PAS's politics is about politics of exclusivism with its political insistence on imposing its brand of "Islam" and its own version of "syariah". This kind of politics does not only isolate the non-Muslims, it also isolates the Muslims who may not agree with PAS's interpretation of "Islam" and what it encompasses. PAS has always mixed religion with politics freely based on manipulating the argument that "Islam is all encompassing" while ignoring other equally valid arguments.

I strongly believe that if the economic and educational levels of the Malay Muslims increase in this country and there is greater freedom to discussion Islamic ideas and concepts, the political influence of PAS will naturally wane.  PAS will survive so long as there are Malay Muslims who are ignorant of the Quran or a certain kind of conservative interpretation of Islam continues to be mainstream.

The fact that many Muslim reformists themselves have been rejected at the recent PAS Assembly is evidence of the exclusivism of the conservative mindset in PAS. If the PAS members themselves cannot accept reformist interpretations from their own leaders, do you actually expect them to appreciate other Muslim scholarly views? What more the views of non-Muslims? So, voters better wake up to this fact.

Frankly the biggest mistake ever done by the government is to allow political parties to be identified with religion, what more Islam in this case, which is the religion of the majority of the citizens of this country.

The biggest question that this theological politicians from PAS have yet to answer: What have they contributed in real terms to the Kelantanese after being in power for so long other than stories of fantasy and wishful thinking?

If you compare DAP with either PAS or PKR, even if you do not support DAP, you have to admit that their political struggle is quite clear. The late Mr Karpal Singh, Lim Guan Eng and even Lim Kit Siang are clear that they support secularism, for lack of a better word. They allow for freedom of religion and are concerned about sensitivities of each communities religion.

More importantly, DAP has always focused on national issues affecting all citizens regardless of ethnic or religious origins.

Of course, DAP has a past that has given it an image that it is a "Chinese chauvinist" party but I think it has changes and is changing under Lim Guan Eng. If more Malays join the party, I will not underestimate DAP to be a more formidable party acceptable by Malaysians.

Many scorned me when I predicted that DAP will wrestle Penang easily and that many Malays will join DAP.

With this rising tide of "religionisation" taking place in the country, especially UMNO behaving clueless in this area, I will not be surprised if many more Muslims join DAP as a platform to regain their right to practice Islam as they see it. 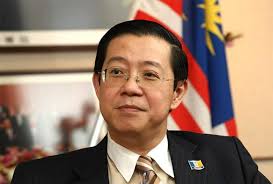 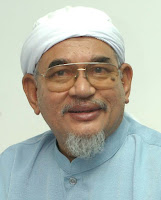 But my late grandmother once said....a leopord won't change its spots. Hmmm....

I am repeating last year's post as it is still relevant.

1. The Ramadan month is here again. This is the time where the Muslims undergo disciplinaryTRAINING

of abstinence from food, drinks, lust and management of emotions for the love of Allah.

2. The month is also filled with nightly ritual prayer of terawih, aSPECIAL

prayer which is much longer than the normal five times per day prayers.

3. Correctly practiced, the Ramadan month is capable of being a month that transforms the caterpillar into a butterfly, change of bad habits into good ones. It can cause the Hijrah or migration of a person from a lower state into a higher state, a poor character into an examplary one.

4. Whether Ramadan serves the purpose of transforming a person into aBETTER

human being or it only serves as a mere religious ritual depends on many factors, primarily how the individual Muslim sees it. 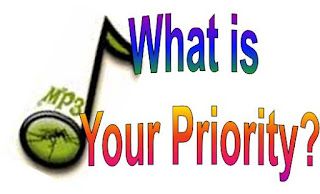 5. On the one hand, Ramadan also witnesses many hypocritical, commercial and purely selfish behaviour.  The business entities, especially the food industry seems to ironically have a boost in sales!CORPORATE

6. The most basic and fundamental teachings of Islam comes from the Quran.  If the Muslim takes the trouble to allocate a mere one hour a day in the month of Ramadan to study the Quran, he mayEMERGE

more knowledgeable about true Islam as contained in the Quran at the end of the Ramadan month.

7. With the knowledge gained from the Quran,he may then use it as a criterion to evaluate his life, the life in the society he lives in, the values and the events that he has witnessed in his society - and decide whether it reflects the mercy, blessings, and teachings thatBENEFIT

human kind as contained in the Quran.

8. It will be sad and futile if the Ramadan month is turned into pure ritualistic exercise for the sake of a tradition or religion without the spirit. Then there will be no migration or Hijrah of the person's character and perspectives.

9. Salam Ramadan to all and may you each be blessed with what you sow.