(This article is dedicated to the cherished memory of all those on MH 17 --- especially the 80 children who were on board).

Dr. Chandra Muzaffar is the President of the International Movement for a Just World (JUST).

Salam Hari Raya and Salam Holidays to all my blog readers.

We can be each others Friends - We Are Malaysians !

Prayers is one thing BUT The Government must act to protect the Safety of Malaysians and its Property !

1. MH17 is another tragic disaster to befall Malaysia and the passengers on board.

2. We are of course sad with the loss of lives for their loved ones and our condolences.

3. It is still unclear who shot the plane.

4. ON the other hand, if it is the Ukrainian Government, then it has a lot of explanation to do and the Malaysian Government must hold it accountable.

5. I hope the Malaysian Government is more firm and vocal is declaring to the world that it will do all it can to protect Malaysian lives, the lives of those under its care and Malaysian property.

They Don't really Care About US !!!

If you really think about it, the powerful and influential do not really care about us. 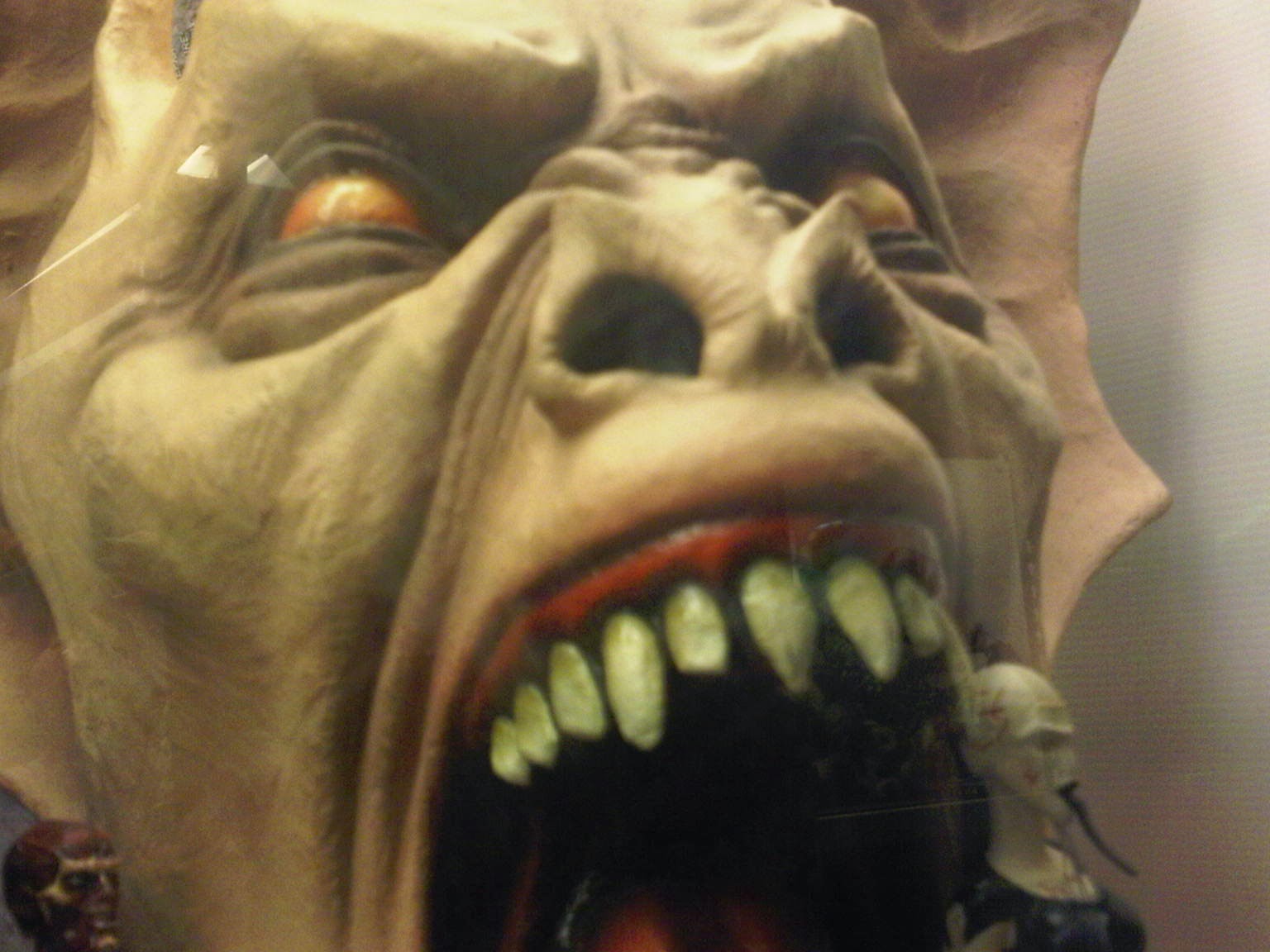 SINGAPORE -- The world is wrestling with a variety of events, all classed under the name of Islam. A storm of social media criticism against the shocking kidnapping by the militant Boko Haram of more than 200 schoolgirls in Chibok, Nigeria, eventually prompted countries like the United States, the United Kingdom, France, Israel and Canada to offer military and intelligence aid to Nigeria. At the same time, a spontaneous and celebrity-led boycott of top hotels in Hollywood owned by the Sultan of Brunei, though not expected to be effective, is underway after the little Southeast Asian kingdom initiated a staggered implementation of hudud punishments, which would eventually include stoning adulterers to death.
While the two events are not connected, both help fuel a perception of a deep polarization between ways regarded as "Islamic" and those that are not.
Two related dynamics are involved, which if left undiscussed may inflame international relations for decades to come. The first has to do with the excessive use of "Islam" in denoting as many aspects of daily life as possible. With Islam being a holistic religion, modern leaders of Muslim-majority societies tend to encourage the description of as many aspects as possible of modern life under a restrictive Islamic paradigm. Regrettably, this tendency mirrors and sustains the simultaneous propensity of non-Muslims to regard Muslim societies as being steered by a rigid religious ideology.

"Historically, resistance to excessive Islamization in Muslim-majority countries was often headed by the military."

Second, the sense of besiegement felt in Muslim societies since the fall of the Ottoman Empire has discouraged public criticism among Muslims of any aspect of culture their society has already labeled Islamic. This is avoided especially in contexts involving non-Muslims. Again, matters are exacerbated by a growing propensity of non-Muslims to vex unfavorably on Islamic culture.
Typically, the international assistance being given to Nigeria in the search for the schoolgirls does not include Muslim countries. This is a pity and is symptomatic of the treacherous Islam-versus-the-rest paradigm the world has created and of the two dynamics mentioned above
Historically, effective resistance to excessive Islamization in Muslim-majority countries has often been headed by the military, as champions of secularism. This has been obvious in the modern history of the Middle East.
Where monarchies have reigned, Islam's role has been harder to predict. And so in Brunei, a stable country living off oil wells, the sudden implementation of hudud has left many baffled. The government has suppressed social media response against the sudden imposition of hudud. Whether the whole exercise is simply the whim of an autocrat or long-term strategic politics is too early to determine.
In nations where Muslims comprise a small majority of the population, the role of Islam has been more undecided. In Malaysia, where about 60 percent are Muslims, the trend has been towards a homogenizing of Islam and a strengthening of the religious bureaucracy. The incessant drawing of an effective line to separate Muslims from non-Muslims has over the last 40 years also precipitated the painful erasure of healthy distinctions among the Muslims themselves.

"In nations where Muslims comprise a small majority of the population, the role of Islam has been more undecided."

This is an unfortunate historical change. A common understanding about the spread of Islam in Southeast Asia since the 14th century is that it was largely peaceful and commerce-driven. In a wish to attract the Arab and other Muslim merchants who then dominated oceanic traffic, port rulers became Muslims.
Given the hierarchic and caste-based nature of the many ancient Indic kingdoms that dotted the archipelago, Islam came as a liberating ideology for the lower classes. This democratization of religious consciousness did not go very far, and traditional authoritarian structures of power did in fact prevail. The nine sultans in Malaysia and the Brunei Sultanate are a case in point.
Culturally, however, a sense of Islamic cosmopolitanism, inclusiveness and liberation was enhanced over time. Such had been the peaceful historical nature of Islam in Southeast Asia.
However, recent trends spanning the world have come to change this perception.
In Southeast Asia, an Islamic revival has been going on since the 1970s. As colonies, the Malay sultanates, along with Brunei, were governed through a clever formula where the British stayed out of matters of religion and culture. This allowed the populace at large to imagine that they in essence actually stayed uncolonized.
An uneasy co-habitation between civil law and Muslim law thus came to form the fabric of post-colonial society in Malaysia and Brunei. The fact that the majority of the archipelagic peoples were Muslims while migrants into the region were followers of other faiths made the political equation a very difficult one.
In recent times, in line with global fashion, increasing numbers of individuals and groups have opportunistically come to use "Islam" as an easy route to infamy -- and power.
The kidnapping of the school girls in Nigeria is but the latest extreme event involving a claim to know "Islam." The 2001 attacks on the World Trade Center in New York and the Pentagon, major bombings in European cities, the bombings in Indonesia, the attack on the Boston Marathon, and America's war on terror have all made "Islam" a modern newsmaker that is second to none.

"It is worrying to Muslims that Islam -- perhaps because of its decentralized procedures -- is being so easily hijacked."

A majority of non-Muslims in Southeast Asia may have come to see Islam as a growing threat to their civil and religious liberties, but it is just as worrying to Muslims that Islam -- perhaps because of its decentralized and devolved procedure of doctrinal proclamations -- is being so evidently and easily hijacked.
In Malaysia, the government has banned certain Arabic words central to Islamic discourses from use by non-Muslims, including the word "Allah." The common excuse is that their use by non-Muslims in non-Muslim contexts might confuse common Muslims. The latest inane proclamation is that historical immigration into the region had been engineered over centuries for the sole purpose of robbing Malays of their birth rights.
In truth, much of the confusion is generated within Muslim communities through the strong inclination to couch and simplify all social tensions, psychological pressures and political conflicts as opposing religious positions. And since this is done by any power-seeker, ranging from hooligans such as Nigeria's Boko Haram, unscrupulous opportunists within Malaysia's Malay-based political parties, purportedly devout scholars or aging aristocrats, it has become difficult to tell what seriously rests on religious fundaments and what does not.
In a situation where political leadership is weak, as in Nigeria and much of the Islamic world, this crucial distinction is ignored, encouraging further misuse of the Islamic label as a shortcut to political relevance. Religious pronouncements, true or false, have become an easy path to power and consequence. "Islam" as a self-glorifying and self-justifying marker is up for grabs.
All major religions promulgate rules, but they also teach tolerance and compassion. For some sad reason, the social turbulence of modern times has in public discourse and behavior allowed the doctrinal and punitive aspects of historical Islam to overshadow the religion's compassionate teachings and practices. Resetting the balance will not be easy, and is furthermore a task that is best done from within Muslim communities, in Southeast Asia and elsewhere.
The writer is the deputy director of the Institute of Southeast Asian Studies, Singapore. His articles can be read at wikibeng.com.
This also appears on YaleGlobal
Rights: Copyright © 2014 The Whitney and Betty MacMillan Center for International and Area Studies at Yale
Posted by Jahamy at 11:22:00 PM No comments:

The Illusion and deception of Power

Contrary to popular belief, power and glory are not ‘difficult’ to achieve though it is thought to be achieved by only a select few in society. In a sense, everyone who is born gradually attains power of sorts as he grows until he reaches a pinnacle of power whereupon; his power declines and then ends with death. A simple example will be the comparison between a baby and a teenager. The teenager yields much power compared to a baby.
This natural aspect of power has often been forgotten by many because of the distraction of “artificial” power”. By artificial power, I mean that power which is enhanced by the use of illusions and deceptive methods. Example, teenager A of equal natural capacity with teenager B is of equal power naturally. However, when the image of teenager B is artificially propped up by various means, teenager B creates the illusion that he is more powerful than teenager A. Examples of artificially propping tools are like certain clothing, a fictitious storyline, etc.


You can continue reading by clicking here
Posted by Jahamy at 10:36:00 PM No comments: