BookReview11: "THE QURAN AND I" by Anas Zubedy

When I got hold of this book, I thought it will be a heavy reading book that will delve deeply into the Quran. I was wrong. It is an easy reading book into the journey of Anas Zubedy, the author. He recollects his childhood, the people and the things that have influenced him, including the Quran as he grew up.
He writes in such a way that you end up feeling that you are with him as he recounts those moments. It is like a live broadcast. It is a very personal book and a good insight into the life a Malaysian Muslim. Reading the book, you can feel Anas’s honesty in the relating his past events. Some of his experiences are touching and the more sensitive reader may shed a tear or two when reading one of his chapters. The book is also a reminder that youths can be sensitive though adults may take them for granted.
I was impressed with the quality of the paper and the effort made to make the book “light and easy” spiced with expressive photographs.
This book was launched last week and I believe it is available in all major bookshops.
Happy reading.
Peace !
Posted by Jahamy at 8:43:00 PM 1 comment:

You are at the Mercy of the System – do you not want to make sure it is does not oppress you?

Give me your comments on issues dear to you.

Please give me your comments on issues dear to you. I will be publishing a book soon and will like to include your ideas, comments and thoughts in them. In this case, it will be difficult to include comments posted under "anonymous" as I want to credit you.

Sorry for not blogging for some time...been extremely busy!

Give me Life, Lord. 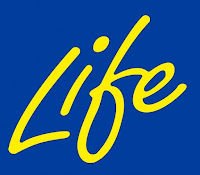 Santim recalls the evening whence he was not sure if he had been sleeping or awake and heard these voices :

Give me Life, Lord.


[and what will you do if you are given one?]


I want to breathe, experience humanity. I want to taste its joys, sorrows, pain, happiness and all that temporal experiences that is called “life on earth”.

Prosecution or Persecution? – AG’s chamber must buck up !

I recall the good old days where you can sit down with the DPP (deputy public prosecutor) and discuss with him the case he is handling. As a lawyer, you can open up the evidence that you have with him and then write a letter of representation to him. A letter of representation is where you advance you client’s case and put forward proposals like – to withdraw the charge against your client on various cogent reasons, or to plead to a lesser offence, etc. Such a representation saves everybody’s time and tax payers’ money. Justice is also done. Those days, the DPP who handles the matter decides. Today, it appears the situation is different.

Today it appears that some DPPs are merely prosecuting officers in Court. They do not seem to have the powers to decide how to conduct the case with which they are entrusted. Or maybe they fear writing a report or recommendation to the Public Prosecutor that the charge should be withdrawn.

For example, in those days, if in the middle of a trial, the evidence clearly shows that the case is completely unsustainable, it not uncommon for the charge to be withdrawn. This is a power clearly given to the Public Prosecutor pursuant to section 254 of the CPC (see also section 354 CPC and Article 145(3) of the Federal Constitution.

It is very simple. If the evidence for the prosecution is weak or cannot support the charge, then withdraw the case. These provisions are in the law books for the purpose of ensuring justice and not there for mere decoration.

However, I have personally known some of my clients to experience injustice because the DPP does not seem to understand the purpose of these provisions. Today too, you have too many new, inexperienced and young DPPs who actually say: “My boss wants me to continue”!

It really troubles me when I have an innocent client being charged in court for offences that he did not commit. It makes me wonder whether the DPPs concerned have actually verified the evidence given to them by the police before they recommend for the person to be charged. I wonder if the same lackadaisical attitude will prevail if their own family member is the one being charged.

I have a particular case where my client went through 5 years of hell, broken home and devastated business because he had to undergo a trial in which he was clearly innocent. Of course, he was finally acquitted and discharged – meaning he was found innocent by the Court. Though found innocent, can the courts or the police or the prosecution give my client back parts of his life that they took away? To them, it is just another file closed. In fact in this case, the Court found that the prosecution had indeed suppressed evidence that was favorable to the defence! This case should never have gone to court at all.

This, to my mind is clearly persecution and not prosecution.

I cannot understand the mentality of some of these new DPPs who think of prosecution as a job that must be done under the direction of their seniors. It is more than a job – it is a duty and responsibility to ensure justice. You are dealing with real lives. You only prosecute on behalf of the People to ensure justice. If it is the seniors that are directing, then the senior should come to court. Be transparent. Make it official so that there is a face to the instructions being given. AT least the defence lawyer will know which senior to hold accountable for the decisions being made.

I can understand that inexperienced DPPs need to learn. However, this learning should not be at the expense of the innocent public or the tax payer’s money. I even tell my own staff that whatever “learning” they want to do, do it on their own time and expense!

Prosecution is an important part of the justice system and hence Raperas must be sensitive to their level of standards.

[Note: This article is intended to highlight specific problems addressed in the article and not a scathing criticism of ALL DPPs. I personally know some exemplary ones.]