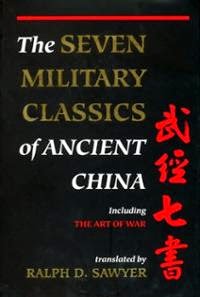 I bought this book way back in 1998 and have read it three times since.

I happened to read it again last week and I realise how very relevant it still is today. It is an interesting book but you have to read and think about what you read to enjoy it.

Ralph D. Sawyer presents us with an Eastern tradition of strategic thought that emphasizes outwitting one's opponent through speed, stealth, flexibility and a minimum of force - an approach very different from that stressed in the West, where the advantages of brute strength have overshadowed more subtle methods.

I would recommend this book to anyone in planning and strategic thinking positions, to psychology students, political science students or if you simply want fun reading.

Khalid sacked from PKR - and so???

Tan Sri Khalid Ibrahim apparently has been sacked from PKR - so he is now party less.

A MB does not have to be a party member  but he must be a state assemblyman, which Khalid is. And he must have the majority support of the members of the assembly.
If chooses to remain as MB, what happens now?

He is MB until there is a vote of no confidence in him by the state assembly, whereupon, the Sultan will be asked to appoint a new MB who has the "support and confidence of the Assembly". The Sultan must be so satisfied too.

What if PAS and UMNO supports Khalid while PKR and DAP oppose him - a very dicey situation where it may be difficult to be satisfied either way.

In the interest of certainty and considering the political situation and in the best interest of Selangorians, the Sultan may very well dissolve the Assembly paving the way for fresh elections.

Let's see how this plays out.

Whatever it is, PKR has lost its credibility to govern when it could not even handle a simple leadership issue within its own party.