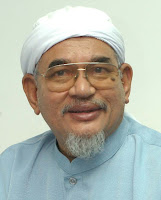 I am sorry if I am going to repeat the same message in this posting.

Do not trust the politicians. Check and verify what they say and do with information, data and thinking. They are always in the habit of projecting themselves as clever and caring when often then not, they are neither.

Politicians also have the habit of doing the most common thing and making it appear as an extraordinary feat or policy.

Do not trust gullibly either the mainstream media nor the so called social media. The virus of lying and spinning has shamelelssly affected both.

There are people who are willing to be paid to lie and misled the Rakyat.

I am concerned that the spirit of awareness among the Rakyatnappears to be dwindling. Maybe it is the lethargy of watching the politicians continuing to insult our intelligence and demean the less knowedleagble Rakyat among us.

But we have to stay alert.

The Rakyat must continue to remain relevant.

Do not give what politicians want - total unquestioned power to manage this country.

Which Hat Are You Wearing?

Many people fail to realise that roles in life takes over your life most of the time - as I said, without you realising it or not wanting to realise it. Of course it seems almost trite to say that we take on many roles in life – parent, worker, friend, citizen and so on. That’s trite and is of no problem. It does not cause you or others any problem by itself. We are naturally multi-tasking creatures even before the word “multi-tasking” was commercialised.

However, when I say “people fail to realise that roles in life take over their life”, I indicate something sinister, something that is not so nice and can be monstrous most of the times. People always have a main role that they invest of their life in, relative to the other roles that they play. Many a times, for the ordinary person who thinks he is going on with his life blissfully; his main role has been forced upon him – only because he has chosen to NOT think and/or to be a slave of others in life.

When I was 16 and in form 4, I was troubled by the adults’ insistence about a lot of things. Ranging from how one should bersalam or handshake to the “importance” of schools and higher education. Quite frankly, even then I could not see how those things are important as they exist and even now I think I am correct. Just to digress for a bit, take the handshake or the bersalam, which require physical contact between your palms and the others’ palms, which is projected as an “accepted” way of greeting someone. I used to be paranoid about it (and still am) because I have seen many times what happens in the men’s toilets! This is over and above all the scratching, touching here and there and then transmitting to you the bacteria on the pretext of “good social behaviour”! To top it all, some even go so far as to sell the idea that a firm handshake marks self-confidence – this would put Tun Dr Mahathir as a person with no confidence as he has a gentle handshake (which I approve).

As I was saying, in form 4, I realised that adults are very preoccupied in “forcing” onto you roles that you should play and some of my peer-mates were already subtly indoctrinated. Some of the kids will play the role of bullies and some others will have to play the role of the victim. When you belong to a group (as you must in school), you are expected to take on certain roles too. You are either the one making fun of the other members or the one who is being made fun of. This role stays so long as you want to be part of the group. If you beong to one group, you cannot belong to others. I recall I never belonged exclusively to one single group but belonged to many, diverse groups, including the ones considered the “best” and “worst” in school.  This was a taboo but I got away with my charm, my tongue and my understanding of perceptions of “reward and punishment”.  Ah-hem. Ah-hem. Furthermore, Geminis get bored with uniformity and familiarity very fast!

This obsession with playing a role to the extent of it being completely unrealistic, “unidealistic”, damaging and mostly ludicrous continues into most people’s adult’s life. It has become so common that this sickness has been accepted as normal, acceptable behaviour.

Hence, if you have a strong interest in religious issues and religious studies, you are not “allowed” to dance, sing and have a good time in public. This interest in things “godly” is supposed to divorce you from things “worldly”. What if you happen to believe that everything, I mean everything is indeed godly and hence, you want to talk about God in the pub? Sure, this is going to cause discomfort on both sides, I mean to those who say “tsk, tsk” and those other who say “er…I am feeling guilty” but that proves my point.

BUt this sickness has reached a societal scale such that the whole society frowns upon a “religious” person dancing on stage. Frankly, one of my many fantasies has been to do a moon walk on stage as an introduction or an interlude while I am talking about the beauty of the Quran as a guidance for humankind. I am so sure, those who can’t even pronounce “Michael Jackson” will be on my case saying I am insulting the religion! Why must I allow these misfits to undermine my multi-talents???

It is both a blessing and a tragedy of life that you often meet people with whom you cannot have fun talking intellectually nor can you have fun just being silly. Often, people do not get it that there is a big difference between choosing to be silly for fun and being stupid as a matter of ignorance. Too many try to impose roles out of ignorance but appear to succeed because the ignorant are usually in the majority – victory by brawn not by brains. Are these not school bullies grown up into positions of power?

So many will themselves into “adult behaviour” by sheer imitating of other adults who themselves have never thought about what is “adult behaviour”. Hence, you have ignorant adults creating values and modes of behaviour for others to follow. Being an ardent reader of history and human behaviour all my life, this worries me – the sub standards set by sub-standard minds when they are in the majority! We have to wait a lifetime or more for them to understand and mature. In the meantime, the cast us into the role of a “rebel” or a “trouble maker” or an “impractical person”.

Needless to say, politicians are always the best examples of what is wrong in society or examples of anomalies of human behaviours. They not only are role-players, they are comical at that. They become comical because they forget what they say or was asked to “stand for” (by their advisers) when they play different roles. So, you have a politician for example, talking about press freedom at the Press Association dinner and then passing laws in parliament literally restricting any form of freedom of expression. You have them talking about democracy and then denying freedom of faith. And the list goes on. This is not surprising because, most of what they say does not come from their heart nor from knowledge. It is all about populist stances and protection of vested interests.

The sick obsession with dominant role playing that I cannot understand is among Muslims. They play the “role of Muslims” faithfully when they are in the mosque or at a “religious function” or attending “religious rituals”. However, they become very different when they play other dominant roles, for example at their work or business or profession or career. For instance, is there or should there be any difference in behaviour between a Muslim enforcement officer and a non-Muslim one? How about Judges, businessmen, lawyers, doctors, civil servants, politicians, and so on? Should there be a difference between a Muslim and a non-Muslim one? Or does the role matter? Being a Muslim, I cannot help but feel completely irked whenever I have to deal with a Muslim enforcement officer or civil servant who behaves in a very “unIslamic way”.  To me this is a result of confusion about roles.

Anyway, there is so much more to write on roles, especially something which, at 16 years old, I labelled as “the victim of categorisation”. I now know that this label can be aptly applied to analyse how we relate to classification and stereotyping of races and so on. But that has to wait another day – if.
But for now the question is – why are we not free to wear all the hats that we choose?